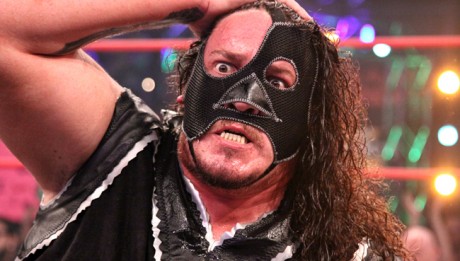 He wasn’t Abyss yet; that character was still a twinkle in Dutch Mantell’s eye.  He was Prince Justice or maybe just Justice by then.  Regardless, he was the main event heel in the Mountain Wrestling Association in Georgetown, KY.  I was the ring announcer; Roger Ruffen, Sin D, and I would drive down every Sunday afternoon after Roger held a training session at BoneKrushers National Pro Wrestling Training Center in Cincinnati and we looked for new ways to entertain the weekly crowds there.

One night Roger Ruffen called Justice a “cow head.”  It stuck and the people chanted it for weeks.  I’m not sure why I had occasion to call him that myself, though there were definitely times when the ring announcer would insult the heels or align with the babyfaces.  I might have just told the crowd NOT TO call him a “cow head” knowing that reverse psychology was about as easy as walking to the ring.

Because he chased me around the ring about a dozen times.

And I was running for my life.

See, while Abyss might be one of the nicest, sweetest human beings on earth, when his adrenaline is pumping and he’s in the zone, he’s a frightening man.  He’s huge.  He’s strong as an ox.  And I found out that Sunday night that he’s deceptively fast.

Luckily, I escaped without harm much to the fans — and my own — delight.  But I was out of breath and I don’t think I ever did it again.

Of course he eventually caught up to me . . . ten or more years after the fact when he choke slammed me into a pile of thumbtacks.  But that’s a different story for a different day. 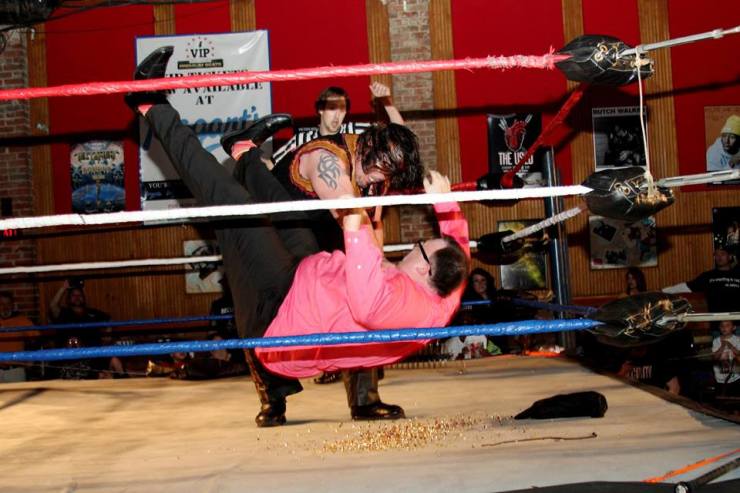